Natural Hazards
South and Southeast Asia’s main natural hazard is flooding.  This area of Asia is a part of the Indian Ocean World, “the IOW is defined by the monsoons, a complex system of winds and currents that governs the waters of the northern Indian Ocean, the Indonesian Sea and the South and East China Seas.” These floods create problems in all aspects of life for the Asians.  This past November Cambodia and Thailand had extensive flooding, there were reports that parts Thailand spend weeks under nearly 3 feet of water.  Cambodia’s Chao Phraya River was especially flooded, as can be seen in the link below.

This link includes a before and after aerial photo of the Cambodia and Thailand area.  When the two photos are compared the flooding becomes obvious.  This flooding caused problems for thousands of residents and weakened the infrastructure of both countries.

Cambodia and Thailand are not the only ones having issues with flooding. Starting late in July of 2010, Pakistan suffered one of the greatest floods ever; one-fifth of Pakistan’s land area was underwater.  The flood directly affected close to 20 million people and left 2,000 dead, but the most damage was to property, livelihood and, infrastructure.  Pakistan’s economy suffered because of the loss of crops and the damage done to the infrastructure.  US$460 million was requested as aid with only a small percent ever reached Pakistan.

When the area of the flood is overlaid on the US East Coast the damage is clear. 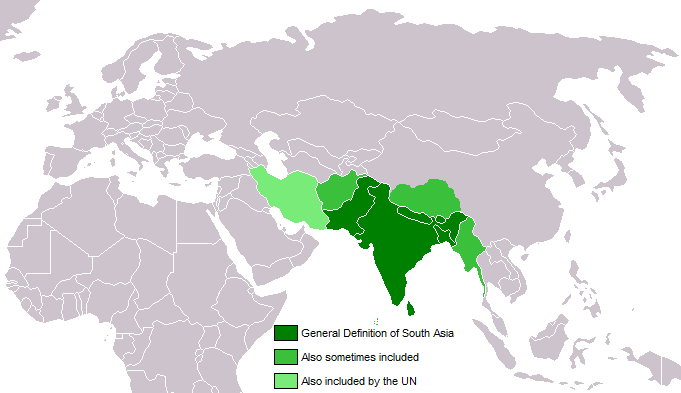 Southeast Asia is the region of which the population have largest intensity in the world. The two most populated countries are Indonesia and Vietnam. And especially Vietnam is facing a serious problem of population. In the history, Vietnam is highly influenced by Ancient Chinese culture. Even until now, the majority of people in Vietnam still prefer to have as many kids as possible and think have boys are better than girls. Due to this two reasons, the population of Vietnam is increasing unbelievably fast. The huge diversity between Boys and girls causes a problem in marriages, working, human right which all might lead to collapse. Other countries also have similar problem of large population than the country could take, but not as serious as Vietnam.

India is no doubt the the country with largest population in South Asia and even in the world now. Instead of setting the control of birthrate as a law, it is more like a recommendation to people in India. The lack of resource and food is even more serious than in Vietnam as it is said above.
http://www.docin.com/p-277357714.html

Both region have a problem of human trafficking. This caused many families break and is something the government hard to prevent. The website below explains how serious this problem is.
http://www.humantrafficking.org/updates/166

Malaria is transmitted through bug bites such as mosquitoes, ticks, fleas, and flies. In the philippines if travelers leave any rural areas they are required to take a weekly malaria pill, due to the fact that outside of rural areas have a higher risk of catching malaria.

Food and Water often cause travelers diarrhea, due to the fact that its caused by bacteria, parasites, and viruses in the area that the people are already immune to.

Jasmine:
Immigration: https://docs.google.com/a/scienceleadership.org/viewer?url=http://www.sanjoaquinhistory.org/documents/HistorianNS17-2.pdf  This website talks about the history of Southeast Asia immigration.

These attitudes were compounded by straightened economic conditions which were partly a result of increasing crude oil prices during the mid 1970s.  The United Farm Workers also
opposed mass immigration from South East Asia, fearing that the new immigrants would become exploited “scab” labor to the detriment of the
local Hispanic population.

Half of these migrants are workers. Migrants left Southeast Asia for opportunity as when the Filipinos migrated to the US and Canada to settle. In the richest country in Southeast Asia, they still have their fair share of migrants. Thailand is Southeast Asia’s third largest migrant destination.

Here is a video talking about immigration..