South Korea is a relatively large country, ranked as the 25th largest in the world with a population of around 48,860,500 in 2012.  South Korea has few natural resources; therefore they export next to none.  South Korea’s main exports are from the industrial sector, these include semiconductors, wireless telecommunications equipment, motor vehicles, computers, steel, ships and, petrochemicals.  South Korea is ranked 8th in the world in relation to exports, the estimated net gain in 2011 was $558.8 billion (CIA).
South Korea went through a boom of industrialization around the 1960’s and through that boom the citizens did not do much to protect the environment.  With a crippled environment the global goods South Korea produces have an even higher local cost.  Industry facilities have accounted for the primary disturbance in South Korea’s environment.  Air and water pollution are issue throughout the urban areas in the country, especially in the capital of Seoul.  The industries are liable for acid rain, chemical pollutants and wasteful spending of precious resources.  Not only are the industries emitting the pollutants but they are also using up resources, such as energy.  The industrial sector’s energy consumption increased astronomically in just a short time from 1 quadrillion BTU in 1985 to 4.2 quad in just over a decade, accounting for a consumption of nearly 56 percent of South Korea’s energy (Disciples).  Some industries are working to improve their emissions, such as the steel industries.
http://i.cdn.turner.com/cnn/.element/apps/cvp/3.0/swf/cnn_416x234_embed.swf?context=embed&videoId=world/2011/10/05/green-steel-south-korea.cnn
Industry is not the only strain on South Korea’s environment both the forests and the ocean have been damaged to the point of danger. South Korea had been almost completely deforested, excepting all but the furthest reaching forests.  In recent years the South Koreans have been working to reforest with mostly successful results.  An issue South Korea is not so quick to repair is the damage done by driftnetting.  This form of fishing is used to catch squid but with it squid is not the only thing getting caught in the nets.  These nets that can be 30 feet deep and up to 30 miles long are intended to catch squid at a much more economical rate but unfortunately, these nets endanger anything else that can be caught within them. South Korea is doing irreversible damage with the practice of driftnetting (People).
By: Kate Pepple 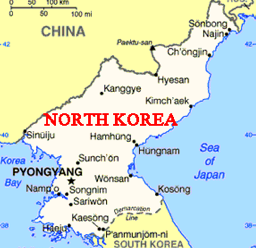 North Korea is larger then South Korea in land/area but much smaller in population at 24,051,218 people, it falls 51st on world populations. About 80% of North Korea is mountains separated by narrow valleys and small, cultivated plains. I found that the medical treatment is free and there is a doctor for every 700 people. More often then not there are severe shortages of medicines and medical equipment, and their infant mortality rate is extremely low(47/1000), the life expectancy for males is 65.5 years, and 69.7 years for females. The Major trading partners for N.Korea are (1) China, (2) R.O.K., (3) Singapore, and (4) India. North Korea is under a dictatorship and ranked second to last on the World Press Freedom Index(which includes the basic rights of the people, such as the first amendment in the US constitution). North Korea has one of the largest armies in the world, with about 1.2 million personnel, compared to about 680,000 in South Korea, and up to 20% of forces include men ages 17-54. Acording to the CIA World Fact Book, the major exports for N.Korea are, “minerals, metallurgical products, manufactures (including armaments), textiles, agricultural and fishery products. The D.P.R.K. is also thought to earn hundreds of millions of dollars from the unreported sale of missiles, narcotics, and counterfeit cigarettes and currency, and other illicit activities.” These of course effect the people involved in production because of the chemicals they are exposed to in several fields of work, since the people have no voice/no rights the labor laws are almost nonexistent and the people in some cases made 2 USD$ a month, this has a huge impact on the local community for many reasons, one of them being the fact that the people have hardly any food to eat, the people/government officials have a somewhat decent life living in the capital, otherwise the rest of the country falls under “developing nation”. The major imports are “petroleum, coking coal, machinery and equipment, textiles, grain.” The people in North Korea live in an immensely communist environment where all movement is controlled by government. 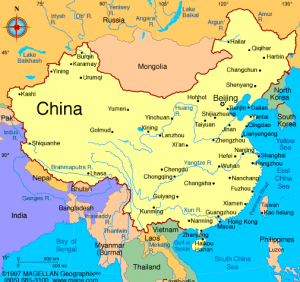 The People’s Republic of China is the worlds second largest economy after the States. China is also the largest exporter and second largest importer of goods in the world. Mining, ore processing, and iron are its biggest industries follewed by steel, aluminum, and other metals, coal; machine building; armaments; textiles and apparel; petroleum; cement; chemicals; fertilizers; consumer products, including footwear, toys, and electronics; food processing; transportation equipment, including automobiles, rail cars and locomotives, ships, and aircraft; telecommunications equipment, commercial space launch vehicles, and satellites. The exported goods are electrical and other machinery, including data processing equipment, apparel, textiles, iron and steel, optical and medical equipment, and China’s biggest export partners are US 20.03%, Hong Kong 12.03%, Japan 8.32%, South Korea 4.55%, Germany 4.27%. I found that 10% of China is Natural Forests, but very few of these forests remain untouched. China’s forests are in trouble mainly because of timber collection, mining, unregulated harvesting of flora for traditional Chinese medicine and development to increase tourism. Global goods that come with a local costs are technology, apparel, textiles, iron and steel, optical and medical equipment. The working hours, treatment of, and working conditions for the people. The people more often then not work in harsh conditions for little pay and very low to often no benefits, and more often then not, the people exposed to these conditions are children. 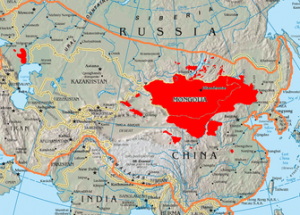 Mongolia is a pretty small country with only 3,179,997 people it is ranked as the 135 most populated country in the world. Unlike a few other countries in the South Eastern area of Asia it is going through a sort of economic boom through all of its natural resources. The economic boom that it is going through the mining industry. Its main natural resources are coal (thermal and metallurgical), copper, molybdenum, silver, iron, phosphates, tin, nickel, zinc, wolfram, fluorspar, gold, uranium, and petroleum.
Although mining is the future of mongolia for the time being about 40% of its livelihood is agriculture. It its byproducts are livestock and byproducts, hay fodder, vegetables. Industry in mongolia 31% of 2010,  21.8% is mining, manufacturing is 6.5%, and utilities mainly electricity, gas and water are 2.4%. In conclusion economic activity in Mongolia was traditionally based on herding and agriculture but its extensive mineral deposits have attracted many foreign investors mostly China and is undergoing an permanent economic transformation through mining.
The economist says that not only mongolia is a treasure chest of geological wealth but its location is next to one of the world’s biggest market for natural minerals.
By: Rafiq Robinson 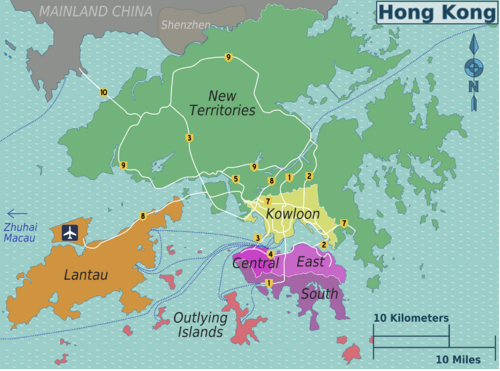 Hong Kong’s dollar is the ninth most traded currency in the world. Hong Kong’s economy is reported to be the most free economy in the world. While being a strong trade partner with the United States, Hong Kong has strong trade routines with many countries and it is the sole reaon that the economy stays so strong. In 2009, as a result of the global financial turmoil Hong Kong’s economic growth shrunk about 3% due to a lack of productive trading.
The region also has one of the lowest reported public debts in the world, virtually sitting at zero dollars in debt. Hong Kong can also quickly respond to changing circumstances due to a strong tie with China and an uncorrupted banking system. The region is thriving and the GDP of Hong Kong has risen approximately 180 times what it was in 1975.